Outside of my translation and editing work I write articles and give talks at conferences. Both for the translation and chemical industries. If you’d like to interview me on all things translation, international marketing or business, book me as a speaker, or to write an article, you can get in touch here. 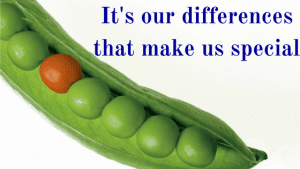 I know this one, I know it … oh bugger, it’s not what I thought it was.

Last night I indulged in my guilty pleasure, Masterchef Australia. This particular episode was about cakes, even better! The losing team were facing elimination and had to correctly identify the names of different cakes, the first three to get one wrong had to cook for their survival in the competition.

Admittedly there were some mighty obscure cakes on that table but what struck me was how difficult some of the contestants found Battenberg, Black Forest gateau, and the Easter Simnel cake. Australia and the UK are so closely related, sharing the same queen and all, that we think the Aussies are just a more laid-back version of us. Except they have a crazy gene that compels them to live in a country where even plants can kill you, let alone the poisonous insects.

So why didn’t they know these really well-known cakes? Because even though we share the same native language, there are differences in our culture and experiences.

In Europe we are so lucky to have so many different cultures, there are more and more overlaps in the food we eat, the way we do things and places we visit. Yet there are still obvious differences. Language for one. Which is a huge barrier to many people and stops them experiencing life in the same way as native speakers when they visit another country.

But even when we learn another language and get an insight into a different upbringing and way of life, it’s not the same as living and breathing the culture on a daily basis. I lived in Germany for a year and struggled to adjust when I got back home. Because although we’re all European, the subtle nuances of life, language and culture are ingrained into everything we do without us even realising.

I had to rewrite an entire text for a client once because they kept referring to the Pfand (deposit) system where you return glass bottles and are refunded your deposit. It just does not exist here and my client had no idea. Had I kept to the original text word for word, English readers would have been baffled and felt alienated, not included. As a prospective client, you want to feel included and understood when reading about something that concerns you.

This is why I launched my English Under the Microscope review service. For non-native speakers who may have written the English text themselves, or had someone else translate it but are not getting the results they were expecting. I take a look, send you a screencast video of my review and an action plan with suggestions on how to improve the parts I think aren’t working. I’ll be gentle but firm and give you an insider’s perspective on your text. You might be surprised at what I find.

Take a look and book here.